Do You Have A Mechanical, Electronics or Software Project We Can Help With?

It looks a little like a roomy shower, but it can be adjusted from one meter in height all the way to four, making this a 3D printer with some highly unusual capabilities.

This supersized 3D printer is the brainchild of 3D Platform (3DP), a leading manufacturer of industrial 3D printer machines based in Roscoe, Ill, U.S. The company’s leadership includes father-and-son Rose-Hulman alumni Robert Schroeder (CEO) and Jonathan Schroeder (president). They turned to Ventures when an opportunity unexpectedly presented itself this summer for the company to occupy a key spot at the International Manufacturing Technology Show (IMTS) in Chicago.

Despite the short notice, both 3DP and Ventures were ready to move when this chance arose.

“The project timeline was extremely short, and making a printer this tall is very unique,” says Jonathan Schroeder, a 2004 mechanical engineering graduate. 3D Platform engineers gave Ventures a skeletal outline of what they wanted, but left Ventures to “fill in the blanks,” he says.

A team of 13 Rose-Hulman student interns, five project managers, and two technicians put in more than 2,000 hours of work on the project. As work progressed, Ventures provided 3DP with the data and information necessary to make decisions on the fly, Schroeder says.

“As far as customer service, they’ve done really well,” he says. “They made it easy on me.”

The unforgiving timeline forced the team to design and build the printer’s various components simultaneously instead of serially, Venture’s engineers say. For example, the controls depend heavily on the mechanical design, but the team could not afford to wait for the mechanics to be finished before starting on the controls. Instead, they had to find a way to successfully design, build, and test both parts in parallel.

As for the final product, it not only works properly, but also has a better-than-expected appearance—a big plus for anything on display at a trade show.

“It looks more like a second- or third-generation project instead of an alpha version,” Schroeder says. “I’m quite pleased with how it has turned out.” 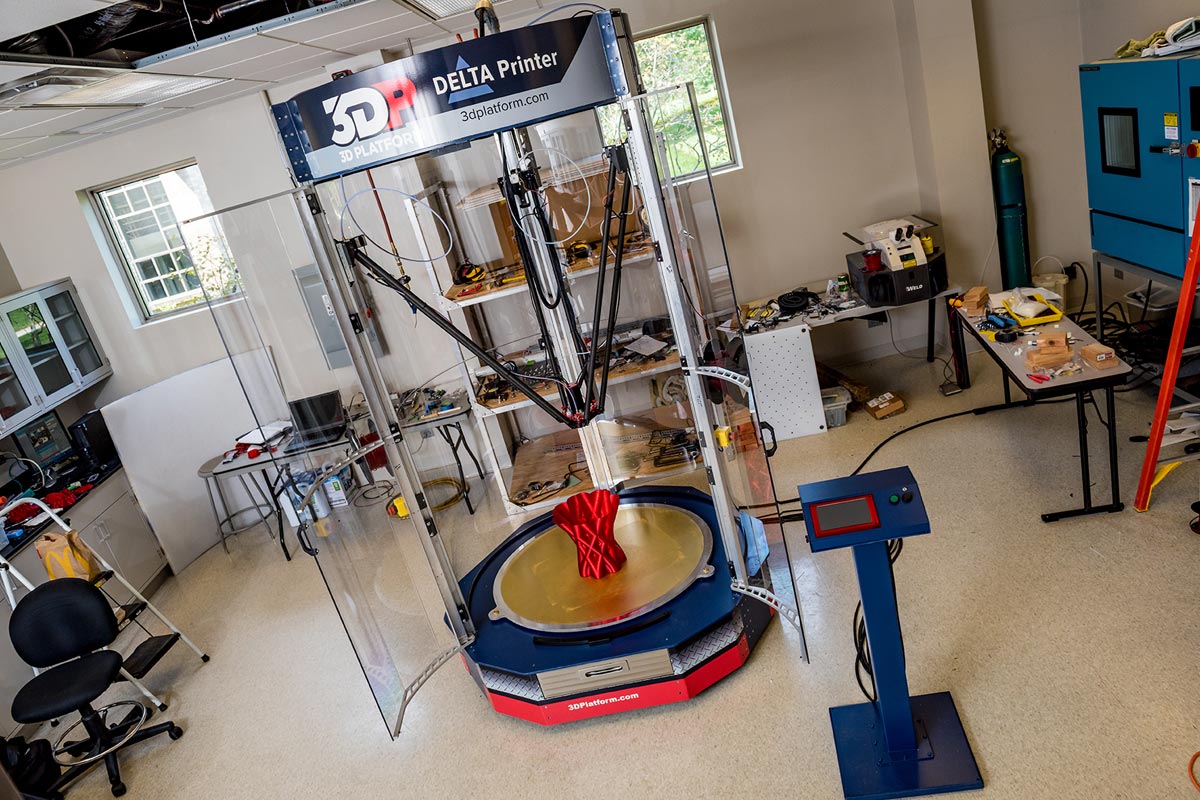 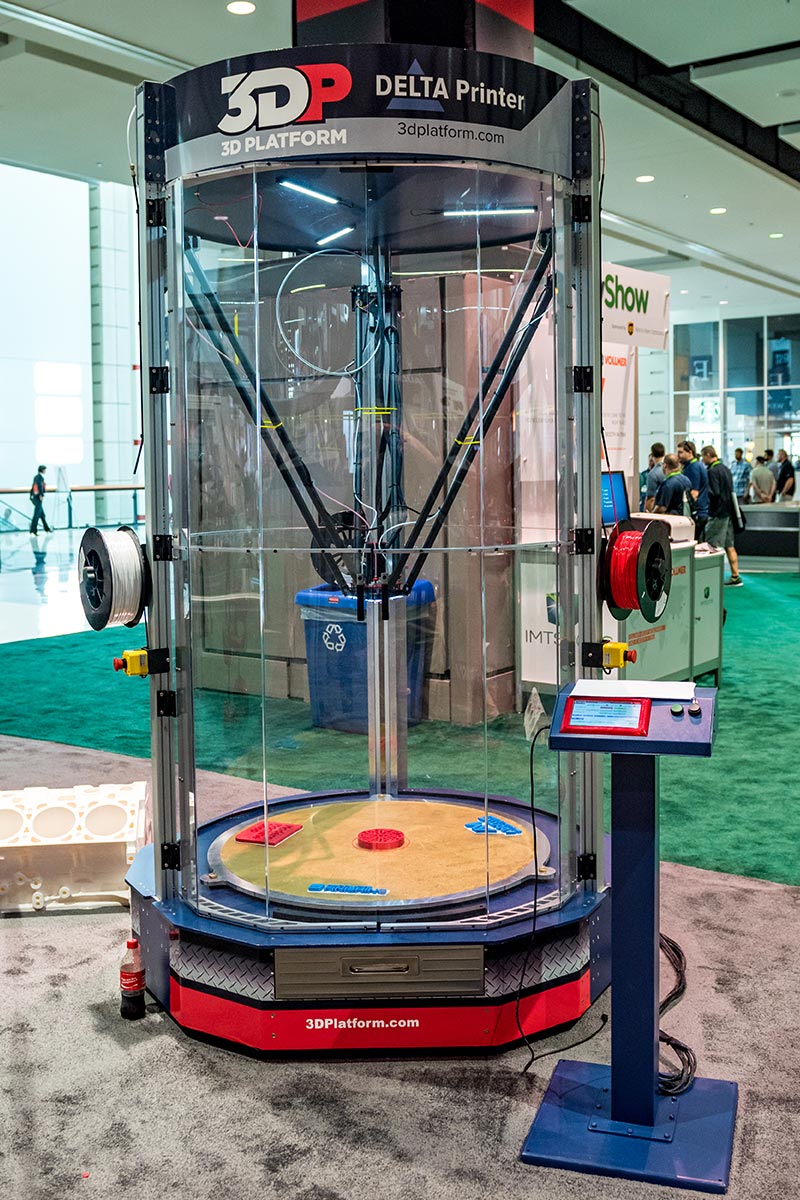 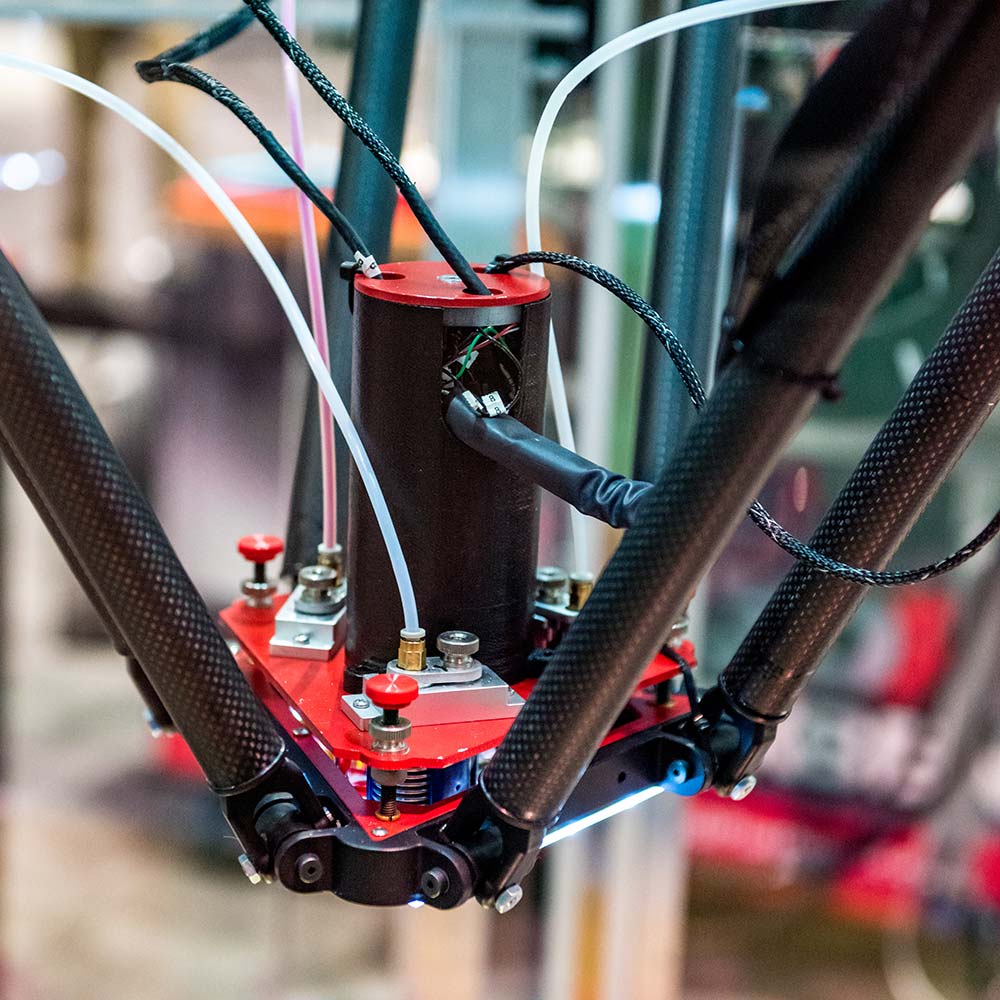 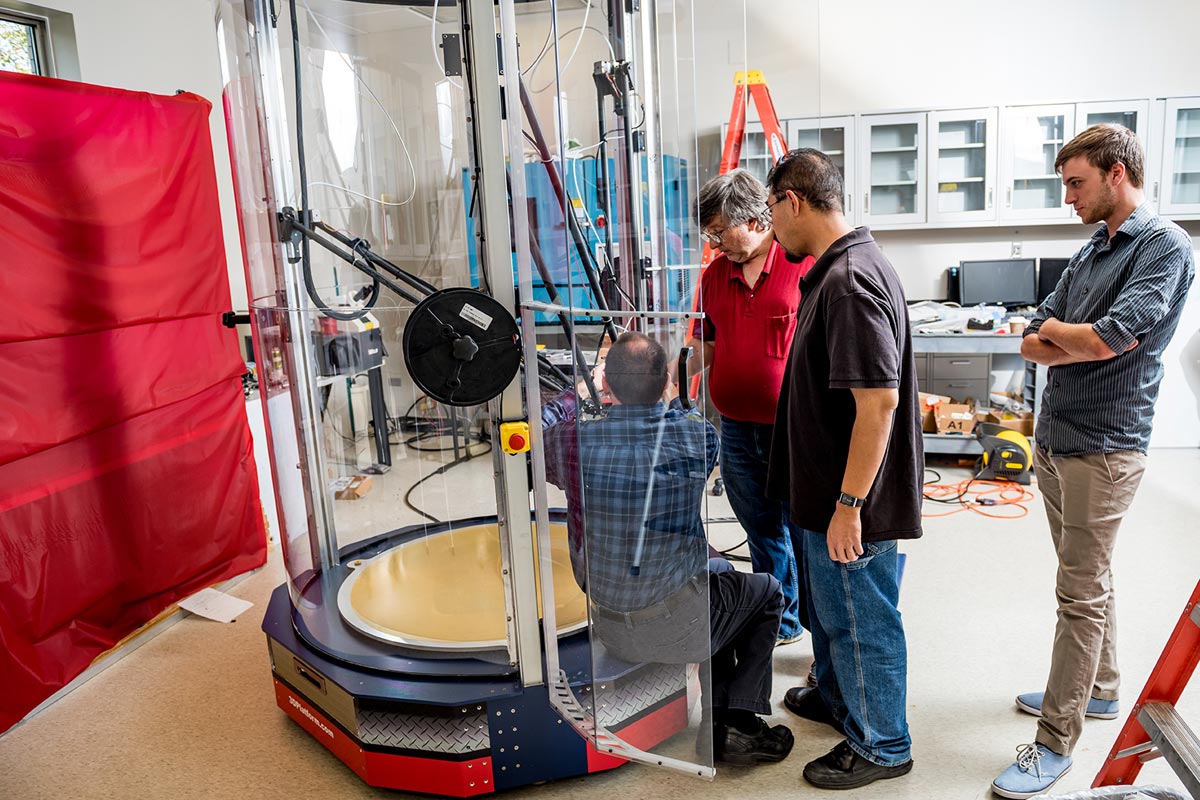 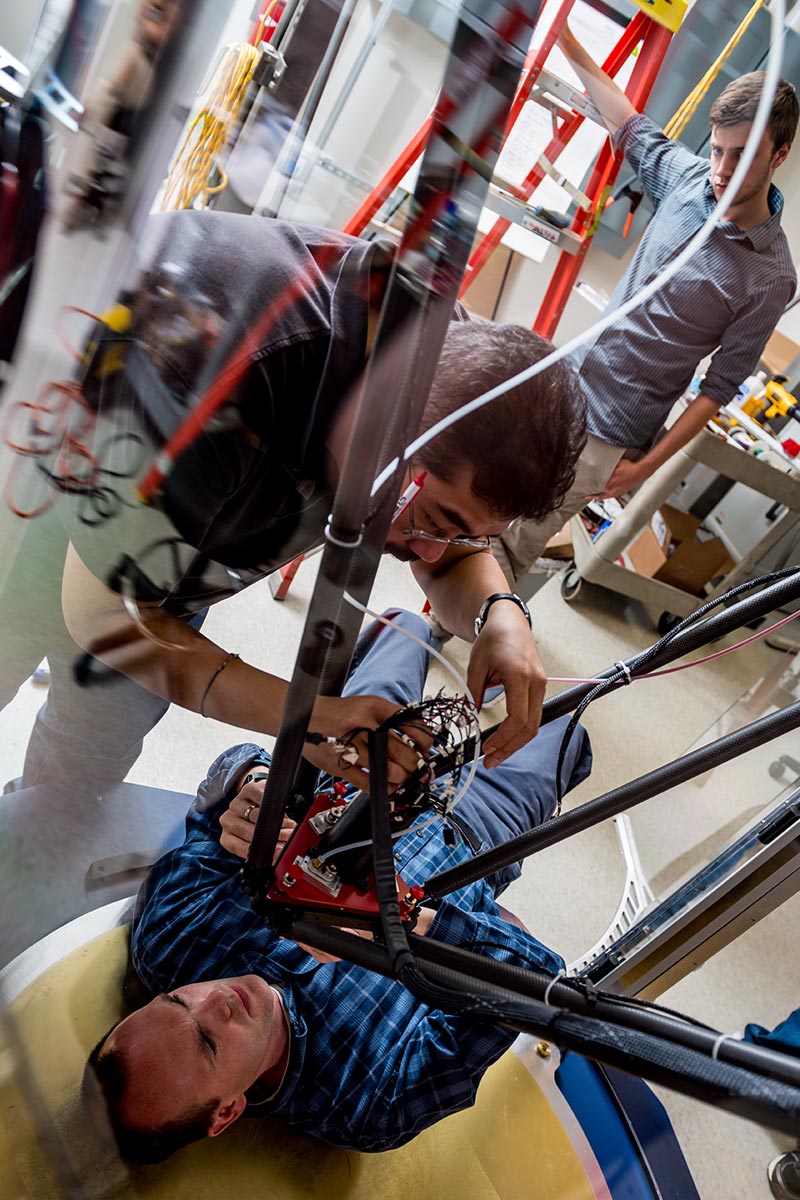 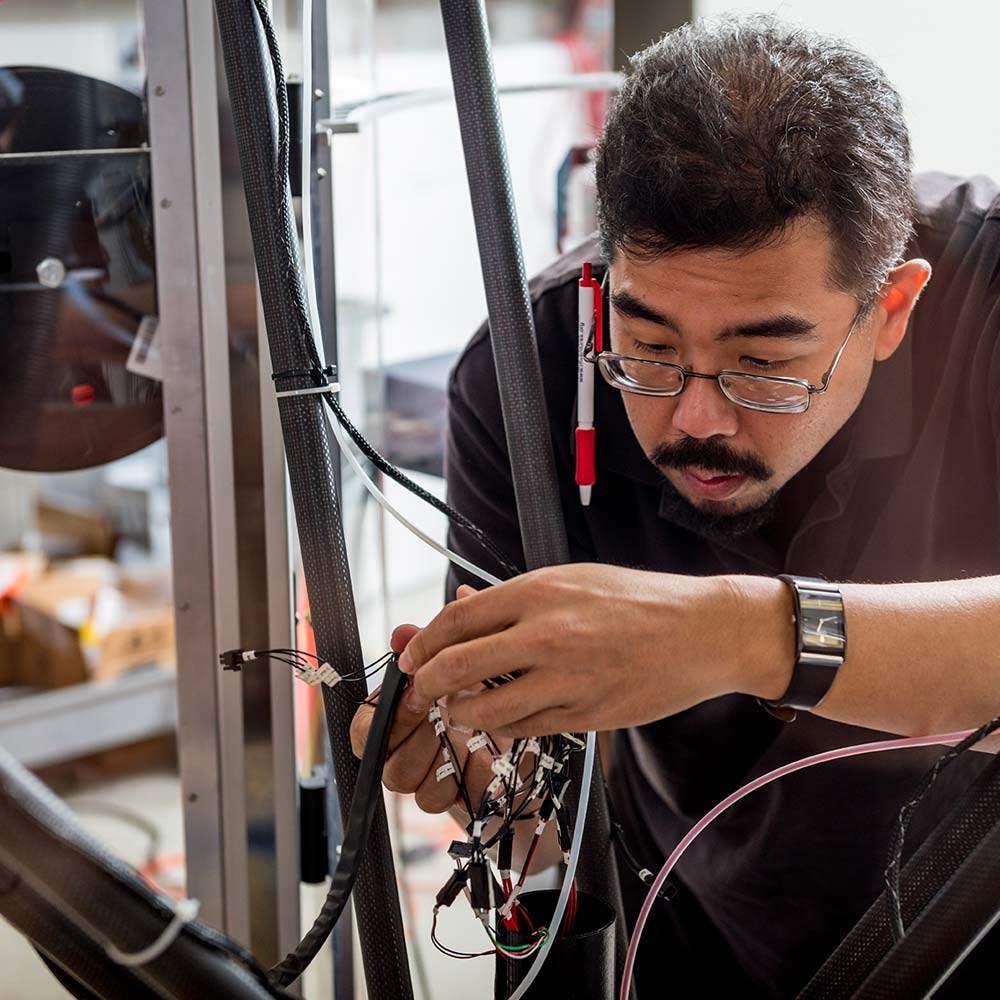