Do You Have A Software Project We Can Help With?

For triathletes and other serious cyclists, millimeters matter. Getting just the right fit for your bike’s handlebars and other components makes a big difference in speed, safety and comfort.

Zipp, an Indianapolis-based company that specializes in making high-performance carbon fiber bicycle parts, understands the importance of precision measurements. That’s why the company asked Ventures to redesign the software for its Vuka Fit app, which tells cyclists the optimal settings for their Vuka-brand handlebars and armrest pads (known as aero bars).

After entering their personal measurements and other data into Vuka Fit, cyclists immediately receive the optimal settings for their components—down to the millimeter. In this way, the app makes potentially complicated, time-consuming and costly processes quick and easy.

“Having the exact fit is very important to Zipp’s customers,” says Sandor Pethes, the Ventures project manager who oversaw the work done by Rose-Hulman interns Maya Holeman and Songyu Wang. In just a few weeks, the students streamlined the software of an earlier version of the app, which used two different sets of code depending on whether the app was being used on an iPhone or something else. Now a single code is sufficient for all devices, Pethes says.

After several years of use, “Vuka Fit was ready for a facelift,” says Ben Waite, a design engineer for Zipp and a 2004 Rose-Hulman graduate. A triathlete, Waite often uses the Vuka Fit app for his own competitive cycling.

“I can’t compliment the Ventures team enough,” he says.

Zipp was founded in 1988 in Speedway, Indiana. The company was acquired by global bike parts maker SRAM in 2008. 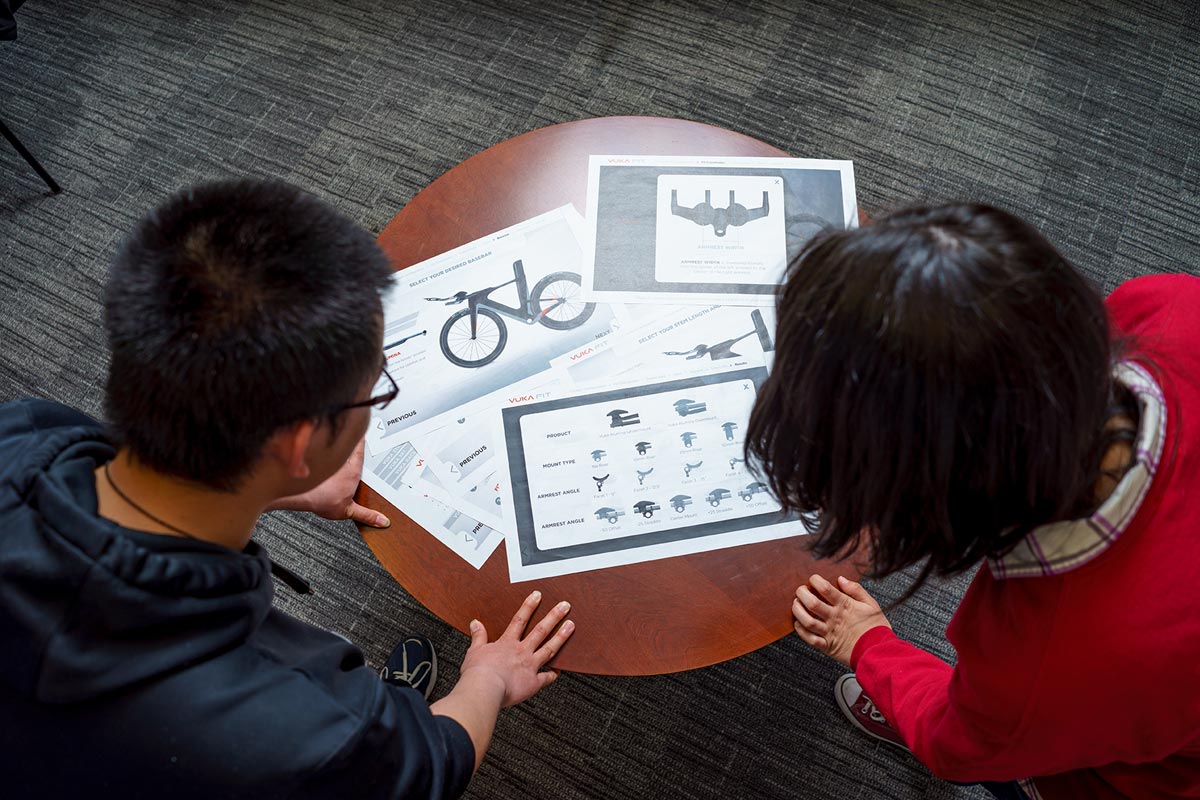