Do You Have An Medical Device Project We Can Help With?

Doctors and nurses clean millions of open wounds annually in American emergency departments by rinsing them with sterile saline solution from pre-packaged plastic bottles. The solution washes away foreign substances, promoting the best-possible healing. Studies, however, have found that wounds irrigated with common tap water heal just as well as those washed with saline, and at a significantly lower cost.

Dr. Brian Sloan, an emergency physician and assistant professor of clinical emergency medicine at Indiana University School of Medicine, has enlisted the help of Rose-Hulman Ventures to help him develop a space-saving, lower-cost alternative to the pre-filled saline bottles. Sloan’s bottles would be filled with ordinary tap water inside the ER.

Empty, Sloan’s bottles weigh little and require minimal storage space. A container of several dozen could fit in a box about the size of ream of paper, he says. That’s a sharp contrast to the storage and shipping costs required for pre-filled saline bottles, which are shipped to hospitals by the case and require a large space to store.

Currently, “a hospital employee has to leave the ER to carry boxes of water,” Sloan says. “And someone has to pay for that shipping.”

In June, on the advice of the Indiana University Research and Technology Corp., Sloan brought his idea to Ventures and spelled out several design criteria: the bottle must fill easily and quickly, stand up straight without external support when full, and not leak when held upside down. He also instructed that the design must prevent water splashing from the wound back onto the doctor or nurse, and also must be made of plastic strong enough to avoid tearing.

After several months of work, Ventures designers “met all of those parameters,” he says.

Interns Gage Wilkinson and Lisa Lillis, both senior mechanical engineering students at Rose-Hulman Institute of Technology, devoted many hours each week of winter quarter designing the bottle with the oversight of Rob Davignon, a Ventures project manager and engineer/designer. The bottle went through several variations until two prototypes rose to the top.

The leak-proof valves developed by Ventures were a major contribution to the bottle design, Sloan says. Part of the mechanics of the value was inspired by “thunder sticks” — inflatable, plastic tubes waved by fans at sporting events, Wilkinson says. Air easily goes into the tubes, and air pressure automatically seals the values closed. The same principle works for the water bottle, he says.

“That is one of the attractive features of that design – you don’t have to seal it yourself,” Wilkinson says.

The final prototypes are “light years” ahead of his early efforts, Sloan says. “It’s a simple, yet ingenious design.” 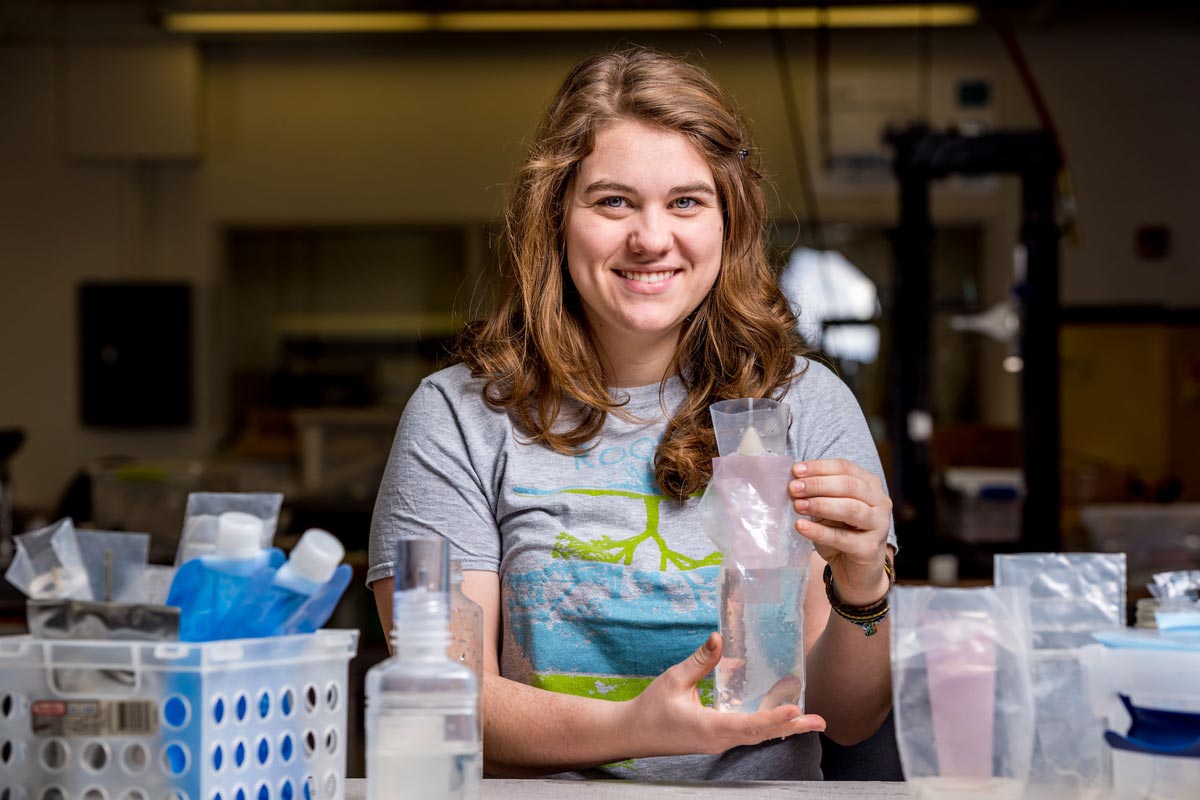 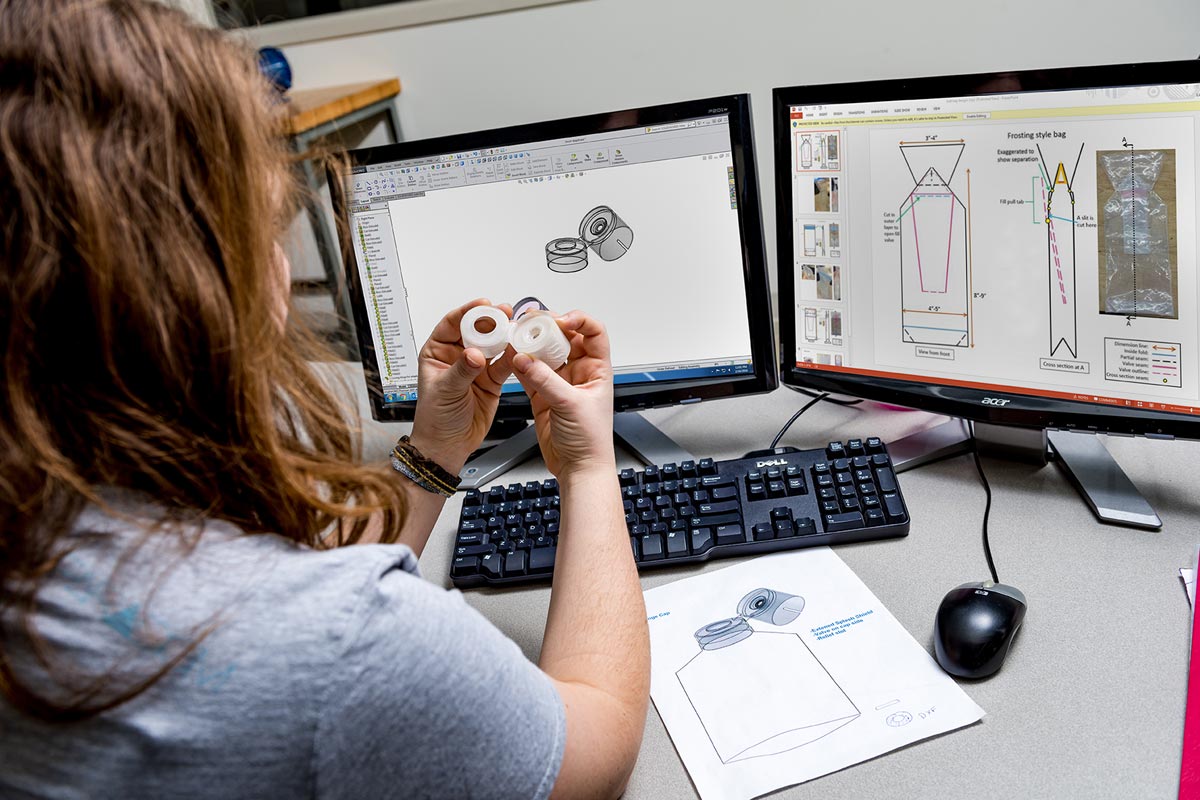